Always feel proud to be indian.. being in india still we dont know the values and uses of herbs which we use in kitchen.. oh yeah… We call use cinnamon in chicken and mutton biriyani… know time to know about them more….

Cinnamomum Zeylanicum, is the inner bark of a small evergreen tree native to Sri Lanka and was used in ancient Egypt for embalming.

It was also added to food to prevent spoiling. During the Bubonic Plague, sponges were soaked in cinnamon and cloves and placed in sick rooms.

Test-tube or animal research does not guarantee safety or effectiveness in humans, but German health authorities (Commission E) do approve of cinnamon bark for mild gastrointestinal spasms, stimulating appetite and relieving indigestion. 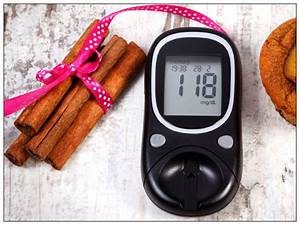 Hi. My name’s Cathy.And I’m glad to see you here. Here’s what you really need to know about me:I am a big fan of Body and Health. I love to learn about it. I love to grow in it. And I love to help others develop as Healthy Human.. And… I’m not a fan of technology. So a Web-Site might seem like an odd fit for me. So why am I here online? Because you are. For many years I’ve been able to help People through Consultation at Clinic, Conference at public, as a trainer Fitness Centre , and as articles in books. But in this 21st Century, more and more people are searching for resources on the Internet. So it’s time for me to bring my material to the world of computers. I hope to provide you with Physical Fitness teaching that is both timeless and timely. I’ll let you in on my book writing process. I’ll tell you what I’m reading. And occasionally, I’ll tell you what I think about what’s currently happening in the world of Physical Fitness and Health Conciousness — around the world. My hope is that what you find here will add value to your life and give you the tools to achieve your goals as a Healthy Human Being.

NATURAL REMEDIES SCIENCE!!!! THE SECRET... YOGA AND SPIRITUALITY- SCIENCE BEHIND.

May 17, 2019 drcathyhappy2serve
NATURAL REMEDIES SCIENCE!!!! THE SECRET... YOGA AND SPIRITUALITY- SCIENCE BEHIND.

This site uses Akismet to reduce spam. Learn how your comment data is processed.